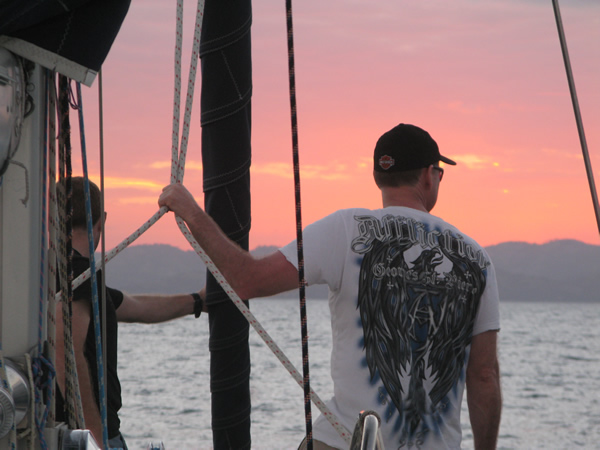 Being a Sailing Single

Now the first thing I’m going to say is that many sailing singles aren’t actually single. Yes, it’s a fact that many guys (and a few girls) who love sailing are with a partner who doesn’t and they often sail single handed or with similar “boat widowers”.

But it’s also true that there are a lot of people sailing who are also single; I guess it’s like a lot of sporting hobbies, you have more time to focus on them when you’re not in a relationship. And in this respect the gender balance seems to be much more equal…..or at least it has been on Ibis over the last 18 months.

Being Single and Going Sailing

There, I’ve said it. I don’t have horns, I’m not particularly difficult to get along with, I’m not altogether unattractive and , truth be known, I’m actually quite happy with my single status. The fact is, that I’ve chosen not to be, or at least to stay, with someone until I was ready this time.

I’ve also been sailing for the past 20 years; I started on friends’ boats and graduated to my own, and I’ve taken a sailing course from time to time.

Now I’m not saying I wanted to stay single for 8 years, and if by some small miracle I had met someone walking the same path as me, then maybe things would have been different…..But they weren’t. And I’m OK with that….being single didn’t stop me sailing.

Do the things you love

Because in today’s hectic, career driven society, whilst there is still a proportion of people settling down and starting a family, there’s an equally large, and growing number of us who choose to follow a career path or some other life track to fulfil our dreams. And that’s OK too.

That’s not to say we want to stay single, it just makes it more difficult to find someone who’s going in the same direction as us. But, in reality, the best way to meet someone who loves the same things as you is to do the things you love! For me that was, and is still, sailing.

And hey, even if you don’t meet the love of your life, at least you’re doing something that makes you incredibly happy.

If you’ve never sailed before, then you will discover there are a few things about sailing that keep us single sailing addicts coming back for more:

Characteristics of people who sail

And if you were to list the qualities of someone who goes sailing regularly, I’m pretty sure you would find someone who:

If they are into regatta sailing, you can add:

So if you think I’ve just described you, then perhaps you should think seriously about getting on board for a week with some like-minded singles and heading off on a sailing holiday. It’s not about finding a mate, although you never know, it’s more about sharing an experience and taking an opportunity to holiday in a beautiful part of the world.

And armed with a few skills, healthy and tanned, you can go back home and pursue your new found passion through your local Yacht Club….the “boat widowers” are crying out for new friends to go sailing with at the weekends!

The majority of people who come sailing on Ibis are single sailors; she is perfectly set up to accommodate solo travellers with twin bunk cabins and 3 bathrooms on board (4 showers if you include the best one on the stern!)  We run a few trips which are specifically aimed at singles, but you will feel at home with any of our Caribbean holiday choices, so pick your date or choose by your level of experience.

Previous postSailing in the Tobago Cays
Next postUnder Construction 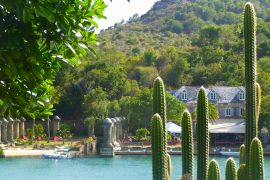 March en Mer - 28 Days at Sea in the Caribbean